Salenko is a musical activist, mushroom hunter, record hoarder, MoustacheMusic Radio host since 2012 and a globetrotter currently residing isolatedly in Belgium. He never really had the ambition to become a dj nor producer. He sees himself more as a connector between artists, labels and event hosts . He has been active behind the music scenes for many years.

MoustacheMusic Radio is his weekly playground, feeding his insatiable hunger for music across all borders of the electronic spectrum.

It has been the portal to quite some side jobs in music industry, going from editor for nightlife magazines, over talent scout for underground labels to stage management and artist hospitality for major Belgian Techno and Acid party concepts and summer festivals. Currently working on a new project. Under @Xntrick's (see Le Catalyste episode #87) supervision he'll run the Belgian crossover label @Bugklinik )

Expect a storytelling recording that slightly unfolds from ambient and experimental to an uptempo techno mix with a raw en lofi feel. The remarkable intro of this 'Pandemic mixtape' contains a 2014 speech that will open many people's eyes. It told us he must be an activist and he confirmed that the current global situation has been his source of inspiration.


This week, we stay in the US, with TML (@toomuchlove), a Minneapolis based Producer.
He made several releases on @Hotlfush like the "Machine BIast" Ep last year, described as "a combination of vintage electro, acid house, and broken drum programming that attempts to draw a line from Midwestern raves to UK sound systems"... You see ?!!

He just released a killer remix for Locked Groove and is also hosting a show on Noods Radio. @lockedgrooves @noodsradio

This week, he provides us a very deep set with an intense selection. He likes letting the tracks do the job and enter slowly into your mind ! This set is hypnotic but far from being boring, you feel surprised and comfortable track after track. Enjoy !
NB: check the crazy fantastic Shadowax track !

This week, our guest is MOTEKA who just released his first album on Skryptöm : «As we fought Iron Giants » an imaginary soundtrack of a techno-steam-punk tale, where every track illustrates
the chapter of a heroic epic. ( @moteka, @skryptom-records)

With this solo project, Pierre has produced several EPs since 2015, inspired by the classic English techno scene such as Surgeon or Planetary Assault Systems. With Epic live sets, Moteka as become one of the leading act of the french label Skryptom with a dark, percussive, hypnotic techno and perfectly mastered production skills.

He is also very active as part of the truly exiting live alliance project "Möd3rn" (@m-d3rn) composed of french producers, Electric Rescue (head master of label Skryptöm records) and Maxime Dangles (sound wizard and former pillar of Kompakt records ) and : Kmyle. For the occasion, Möd3rn is renamed as Möd4rn !

In this set, you'll find many of his past released tracks ! Enjoy ! :)

English Version:
This week, we come down a little, for a more techno and melodic set, between techno and IDM with Jake Mandell. His name came in the late '90s when he composed lives from his own software and released on Worm Interface and Forces Inc. among others. He worked for a few years at Native Instrument in Berlin. He returns to the front of the stage with a very nice release on Schematic, a cousin of WARP and Planete Mu way US. 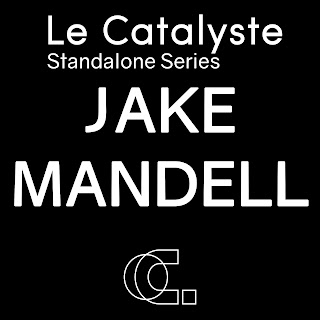